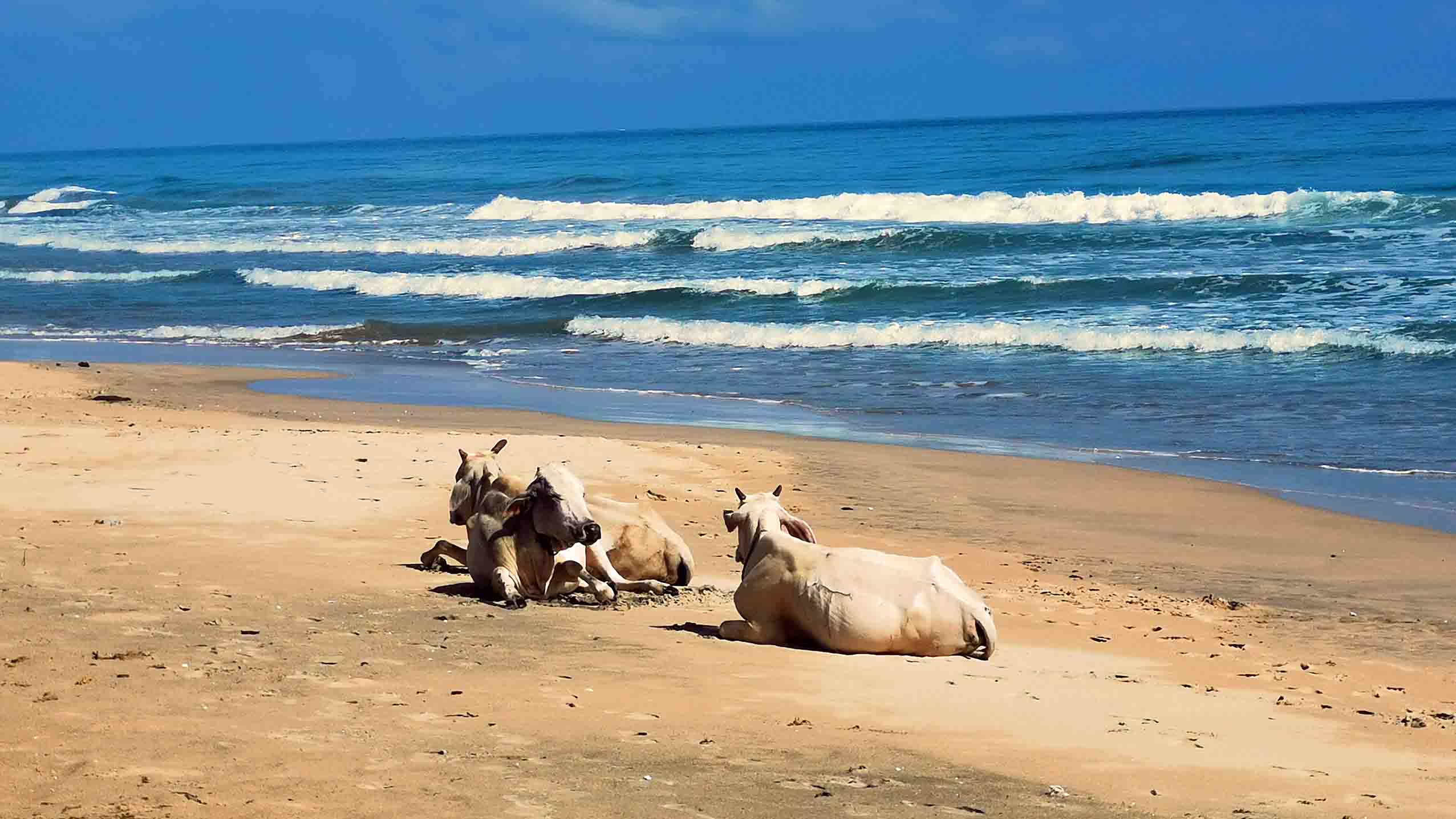 Nilaveli is on the east coast of Sri Lanka and possibly has the best beach I've ever seen. This one and the beach in Sematan, Borneo are competing for the number one spot.

The Nilaveli beach offers a special extra I've not seen anywhere else. Cows!

That of course doesn't sound very special. We all have seen cows. Most of us like a bit of beef on our plate which is why recently some people get very upset when they are told, cows produce an excessive amount of greenhouse gasses. 'They're trying to take our burgers away!', they say, revealing their own stupidity.

But cows on a beach is kind of weird.

You need to know, these cows are free! They don't have an owner. They go where they please and nobody objects. I saw them at the beach almost every morning. Some days they didn't turn up or maybe I was too late, who knows.

One morning a lot of fishermen were busy dragging in a huge net. The net was maybe a couple of hundred meters long and it was hard work hauling it onto the beach. The cows were there to watch it. The net had only captured a few dozen fish which in relation to such a large net was rather pathetic. But the fishermen were apparently tired now. They withdrew into the shade while the fish was slowly dying in the sun. Some crows had joined the cows and watched the fish dying. Their interest is a much more sinister one, of course. One crow couldn't control itself any longer and abandoned its vantage place, on top of a cows head, and tried to pick at the eye of a dying fish.

In most places the fishermen try to get their catch to the market as fast and fresh as they can. Not here though. In Sri Lanka stress is avoided at any cost.