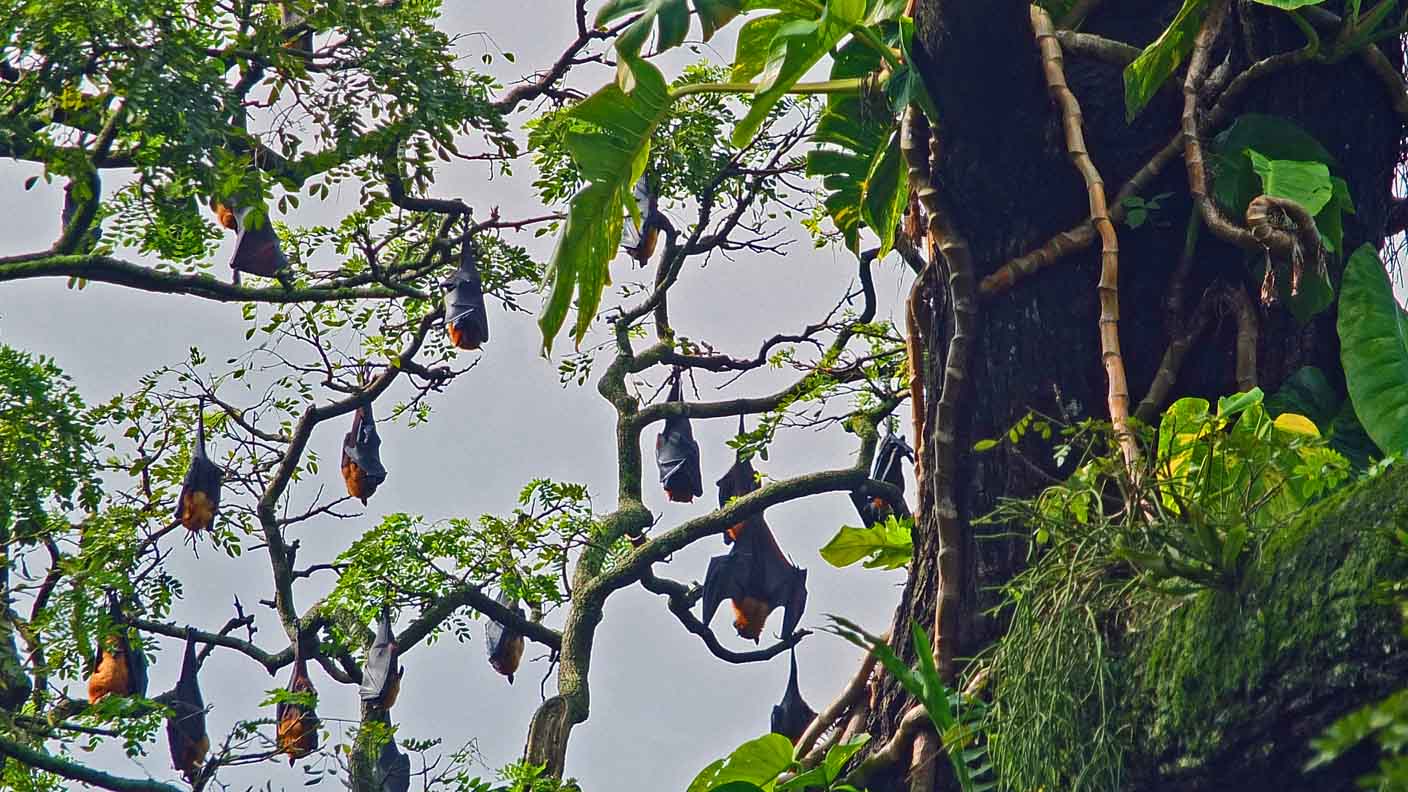 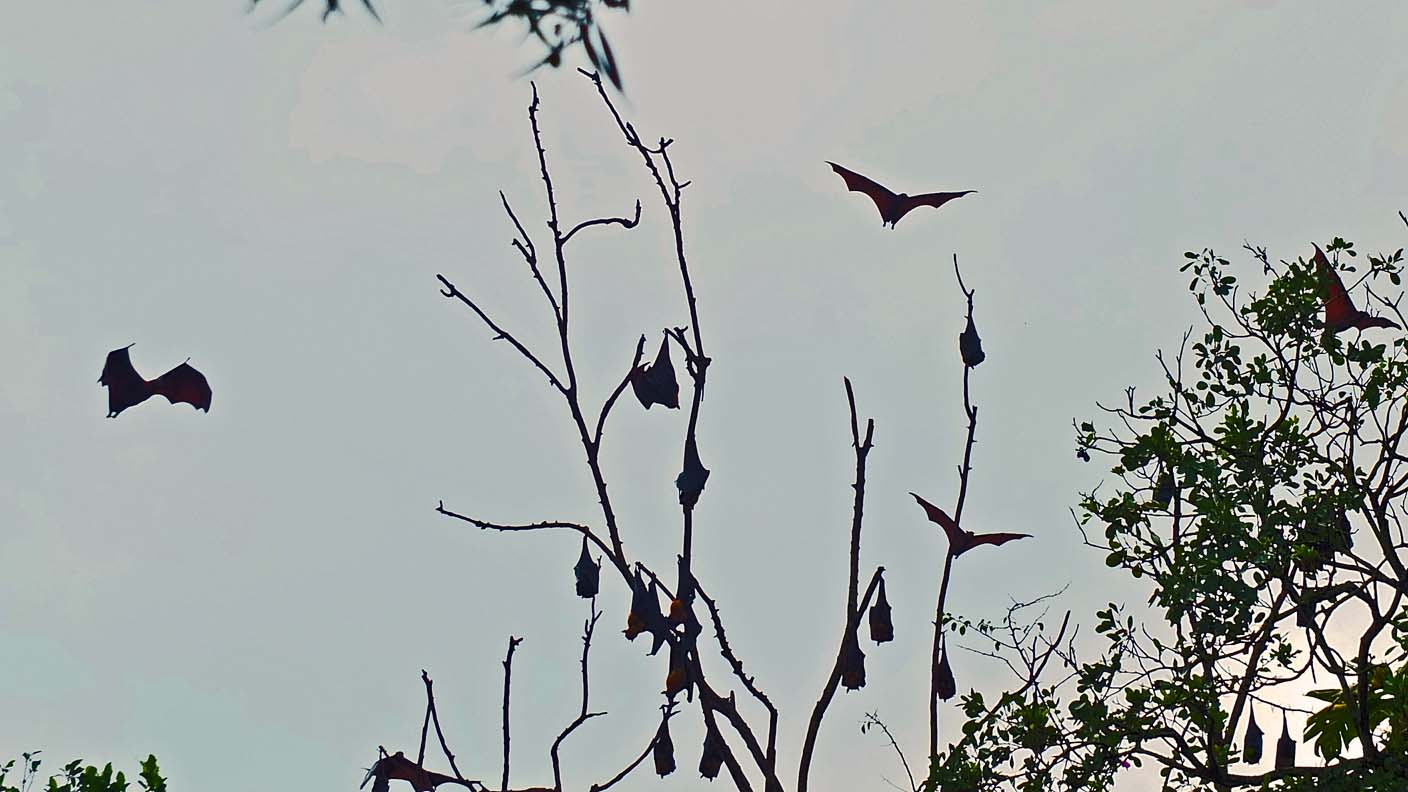 Badulla is in the 'mountains' on the southern side of Sri Lanka and much cooler.

I found a small guest house near the botanical garden. The people there were very friendly as most Sri Lankans are. In the evening after a lovely dinner I sat outside with the owner for a little chat and a beer. As we were getting to know each other I saw a big 'bird' passing by. I mentioned this to the man and he corrected me. 'Not bird', he said 'Bat!'.
Wow, that thing had a wingspan of at least a meter. He said, 'If you go to the botanical garden you will see many.'

Next morning after coffee I went to that garden which was just round the corner. First thing I noticed, it was a graveyard! Then my gaze went up to the treetops and I couldn't believe my eyes. There were thousands and thousands of bodies hanging upside down in the trees.

I've seen bats before, small ones about the size of a postcard, but these ones were huge. They are Fruit Bats and belong to the Megabats like the Flying Fox.

As I was walking through the 'Botanical Garden' taking photos the inevitable happened. Something dropped on me and I asked myself how do they do it hanging upside down?
Youtube has the answer.