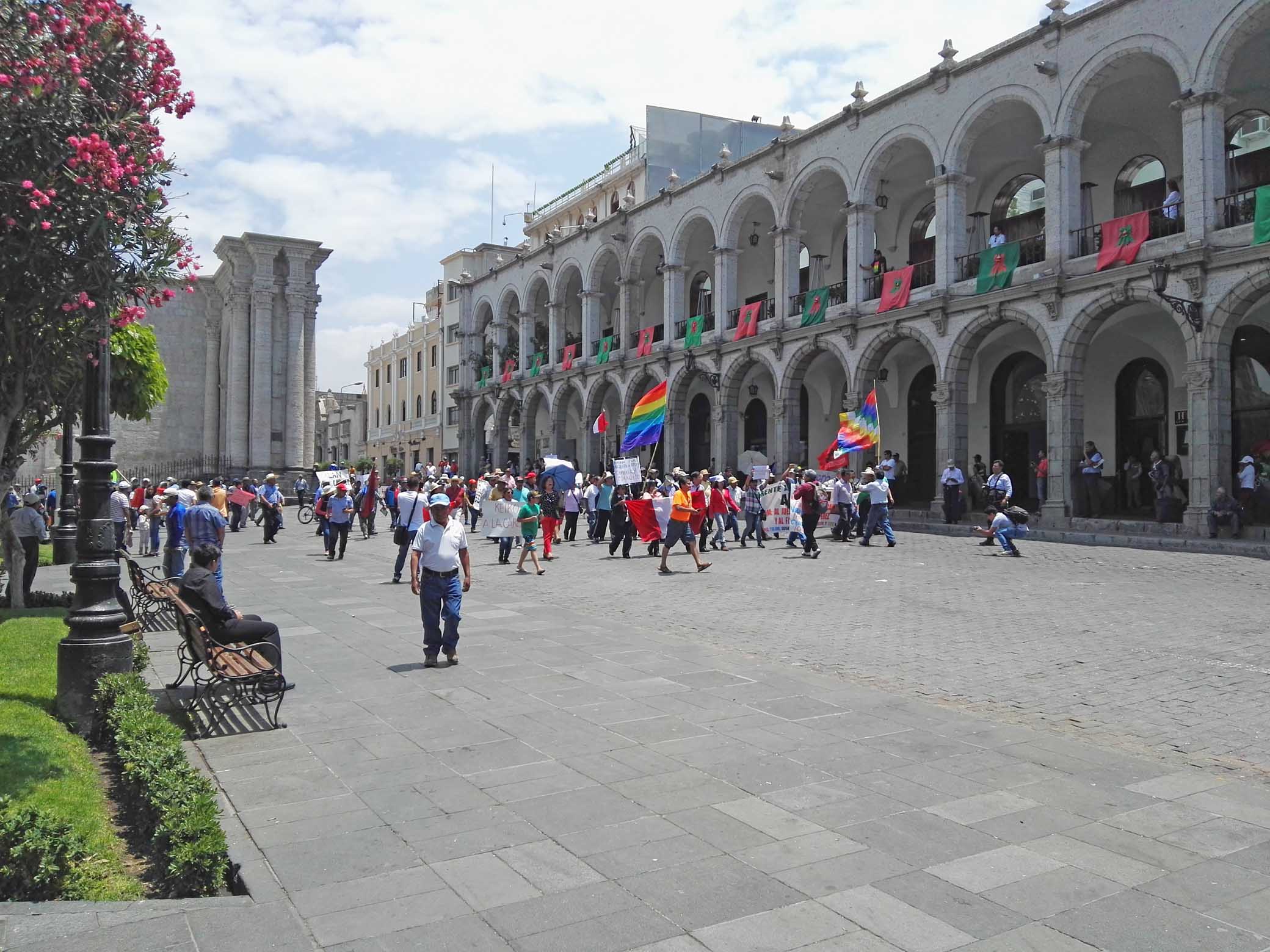 I finally moved on to Peru after stopping briefly in a small town called Copacabana (not Brazil but by the Titicaca lake in Bolivia). I got my 90 day visa and the bus moved on to a town called Puna.
Nothing special to report from Puna. I only spend 3 days there and then continued to Arequipa for new years eve. Arequipa is at a much lower level (2335m) so I got a lung full of oxygen which really did me good. While waiting for the new year to arrive I saw some people getting megaphones out and started to complain about something or the other. At first I didn't pay any attention to them but the crowd was growing. Then they started marching round the Plaza waving flags and signs. Apparently they weren't too happy with certain actions performed by the Fiscal General which is something like the Attorney General. I thought this strange, after all it was new years eve. Anyhow the new year arrived with lots of drinks and fireworks. Brilliant!

The next day, I was getting ready to move, I noticed the crowd of people marching was much bigger. Also there was lots of police and armoured cars. But I don't get involved in local politics.
I boarded a bus to a small town called Chivay, 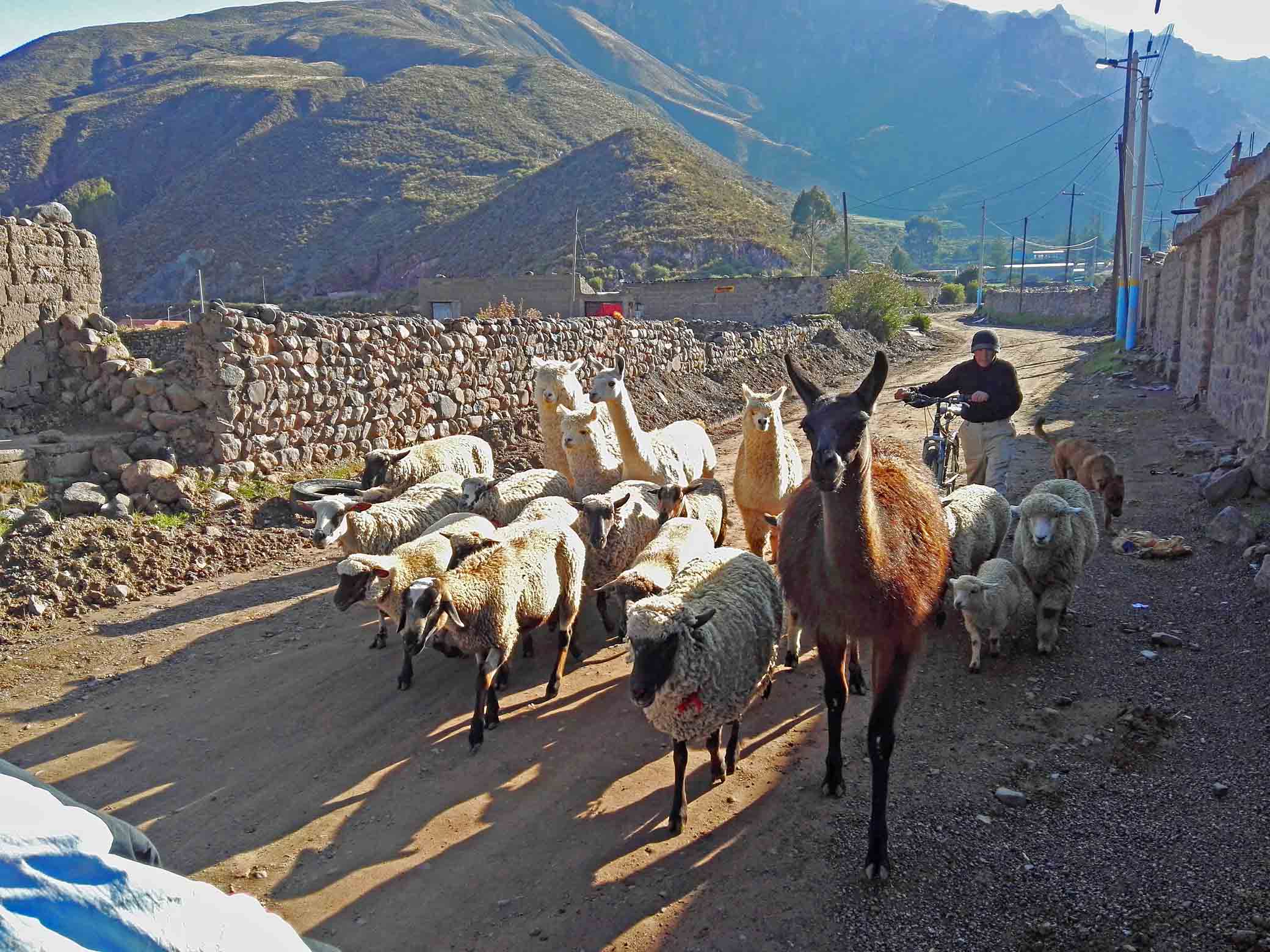 Chivay a small village of about 5000 people is high up in the Andes again, at 3635 meters, inside the Colca Canyon. This Colca Canyon is so big it can swallow the Grand Canyon and wouldn't even burp.
This is where I saw my first Condor!
One of the surrounding mountains hosts the most distant origin of the Amazon river. 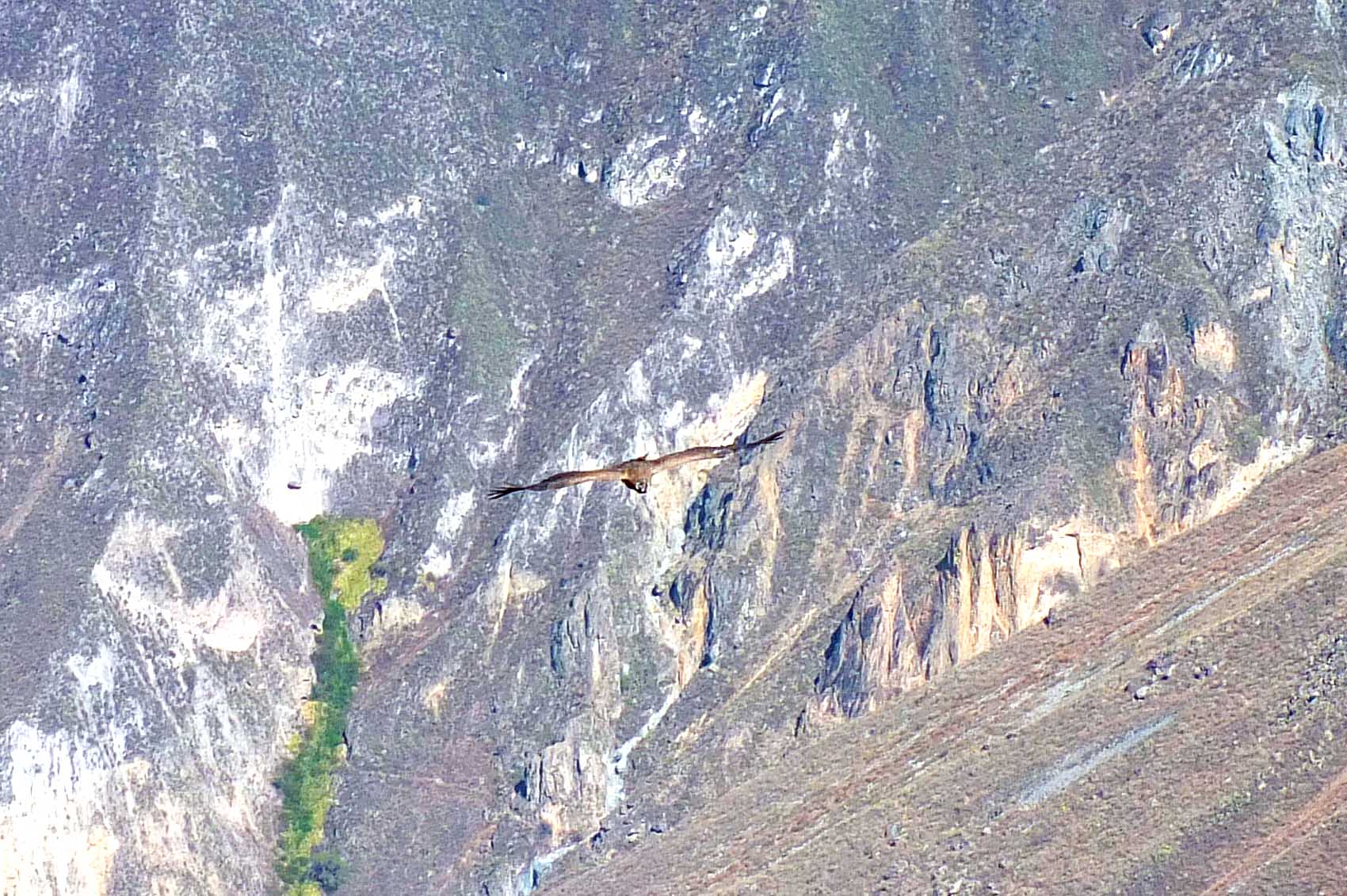 The problem with photographing Condors is, they don't sit still.
Also, they are a long way away and don't show up regularly.
I think I want a new Camera. 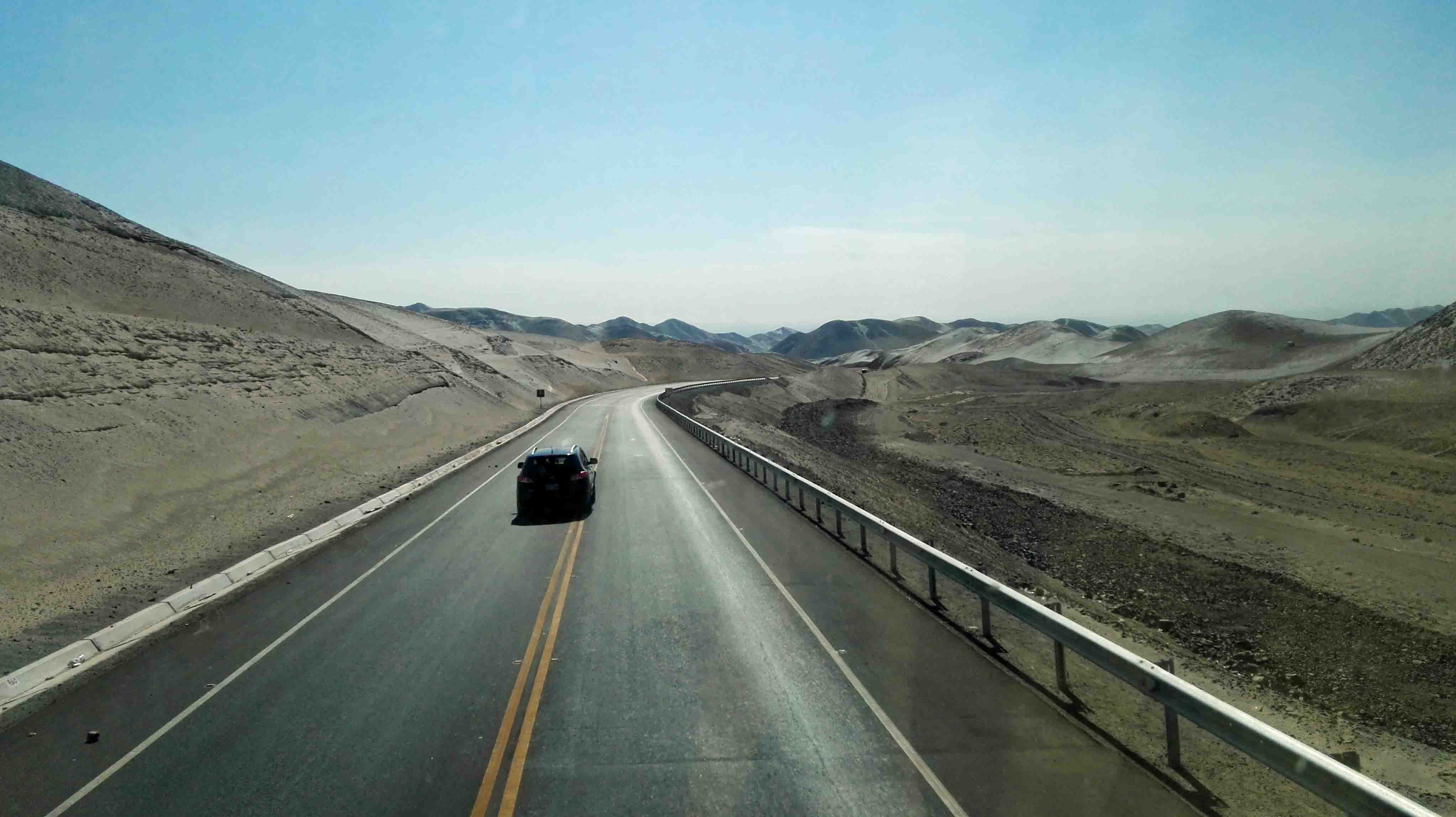 Leaving Chivay I had to head back to Arequipa, crossing the rocky desert again I traversed previously. The bus was filled with indigenous people who all smiled each time we saw vicuñas, the wild llama of the andes. They are extreamly rare and protected and well loved. Their favourite territory is above 4000 meters.
As we descended there were only rocks to look at.
In Arequipa I changed bus after a brief snack and descended further towards the coast.
More desert!
This desert was different though, all sandy. Hours and hours of grey and heavy sand. The type in which one may grow anything, provided there is water. But there is no water.
However, every now and then someone managed to ´organise´ this precious liquid and various types of fruit grow in abundance. Mostly grapes are planted by a Chilean company.
But these patches are relatively rare.
We carry on towards the cost and then suddenly there is water at the horizon. The desert becomes beach. The temperature had been rising steadily and now a gentle breeze blow the sand on the road, the houses, everywhere.
I´ve expected palm trees and things but no such luck, just sand and water.
The bus followed the coast up north. We drove on for a few hours but the scenery didn´t change. Sand, sand and more sand.
Finnally we approached my destination, Camaná. And here, surprise, surprise, we saw some rice fields. Small ones but, still, rice fields.. This sort of proves my point. This sand/earth is incredibly fertile if you give it water.
I spent a few days in Camaná. There is nothing special to report, no beer and nothing else. Well, there was a never-moving-fairground complete with mini giant-wheel but no customers. They were all at the church, apparently. The local church held 3 mass a day, everyday and was packed each time with people loitering outside. I asked about this and was told, people sin a lot. Altogether a really sad affair. There was good Internet at the hotel though.

I got a bus ticket to Nasca and had to get up early without coffee which sort of sets my day. It didn't help when they told me they sold my reserved seat to someone else and tried to move me to a really bad spot. I gave the guy a long and serious look. 'Lo voy arreglar Señor!' he said. (I will fix it)
And so they journey started. It was supposed to take 6 hours and followed the coast further up north until Nasca. About half way in we encountered a sort of road block. Lots of trucks had already stopped and we just joined them. It wasn't immediately clear why everybody stopped. Then we saw a motorbike, a big motorbike, driving really fast across the desert and up a hill. 'Ah, the Dakar rally', somebody murmured.
That rally kept us there for another hour or so. Eventually we moved on though and made it to Nasca where they forgot about me i.e. they didn't stop. When I realised we'd arrived, the bus had left the town already and refused to stop for another 10 km. Lots of people started shouting( to help me) which stopped the bus. I had to get a taxi back to town.
That was my cheerful arrival in Nasca.
I did find a good hotel with really good coffee, made specially for me. They also organized the Nasca flight. 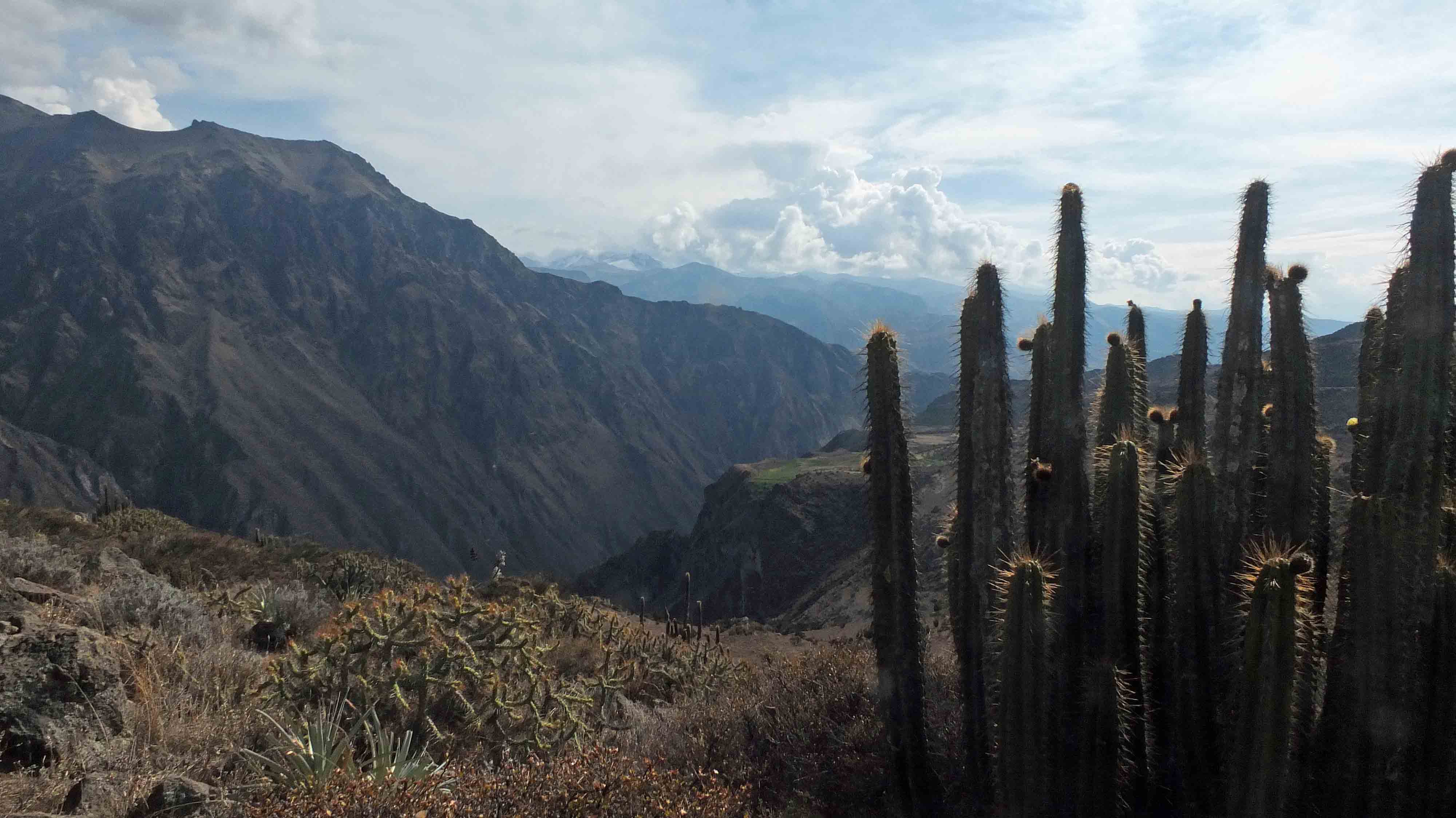 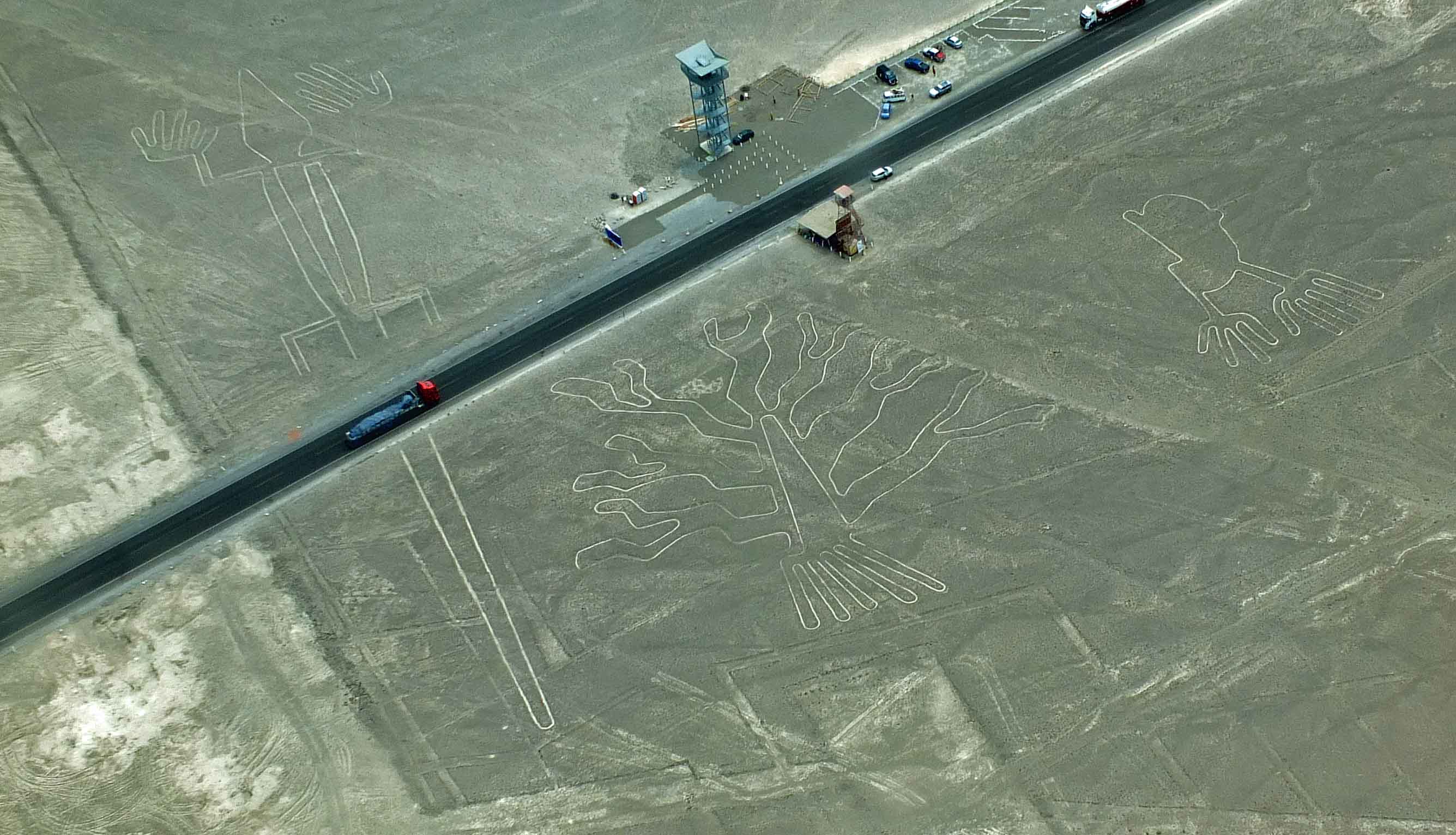 If you’ve never heard of the famous Nasca lines you’re in for a surprise.
These lines form images hundreds of meters large and only can be viewed, in their totality, from a plane. People have speculated how and why they were made but no definite answer has been found.
The most famous, but false theory was published by Erich_von_Däniken
He claimed the lines are proof of alien visits.But he was a charlatan.
The Nasca lines are between 2500 and 2000 years old and were made by humans. We don’t know why, but they were definitely made by humans. 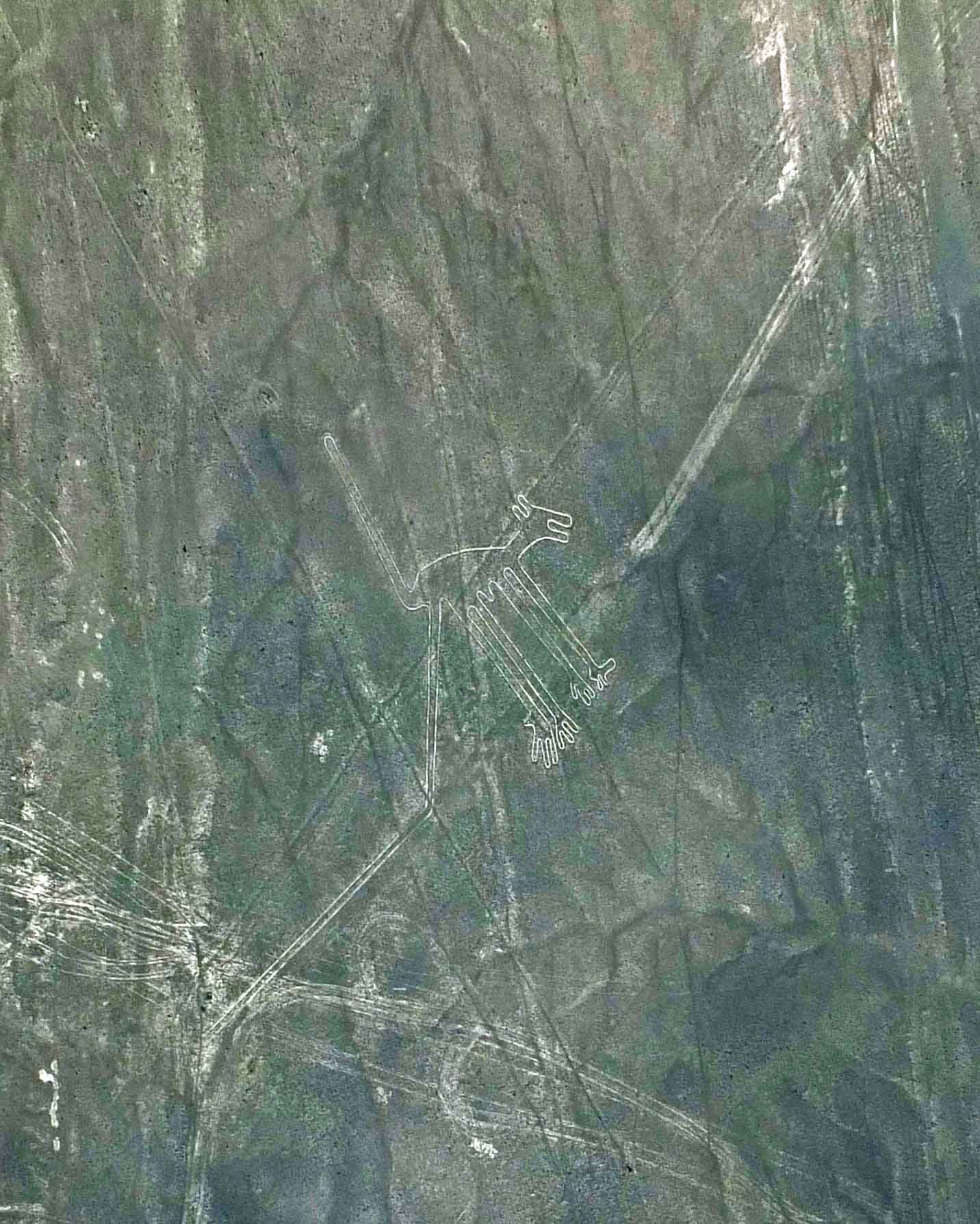 Some lines really do look like a runway. But they are trapezoids pointing to water.

Since there is very little water in the region the indigenous people at the time thought, it would put the gods (or astronauts) in a good mood to easily find some water. 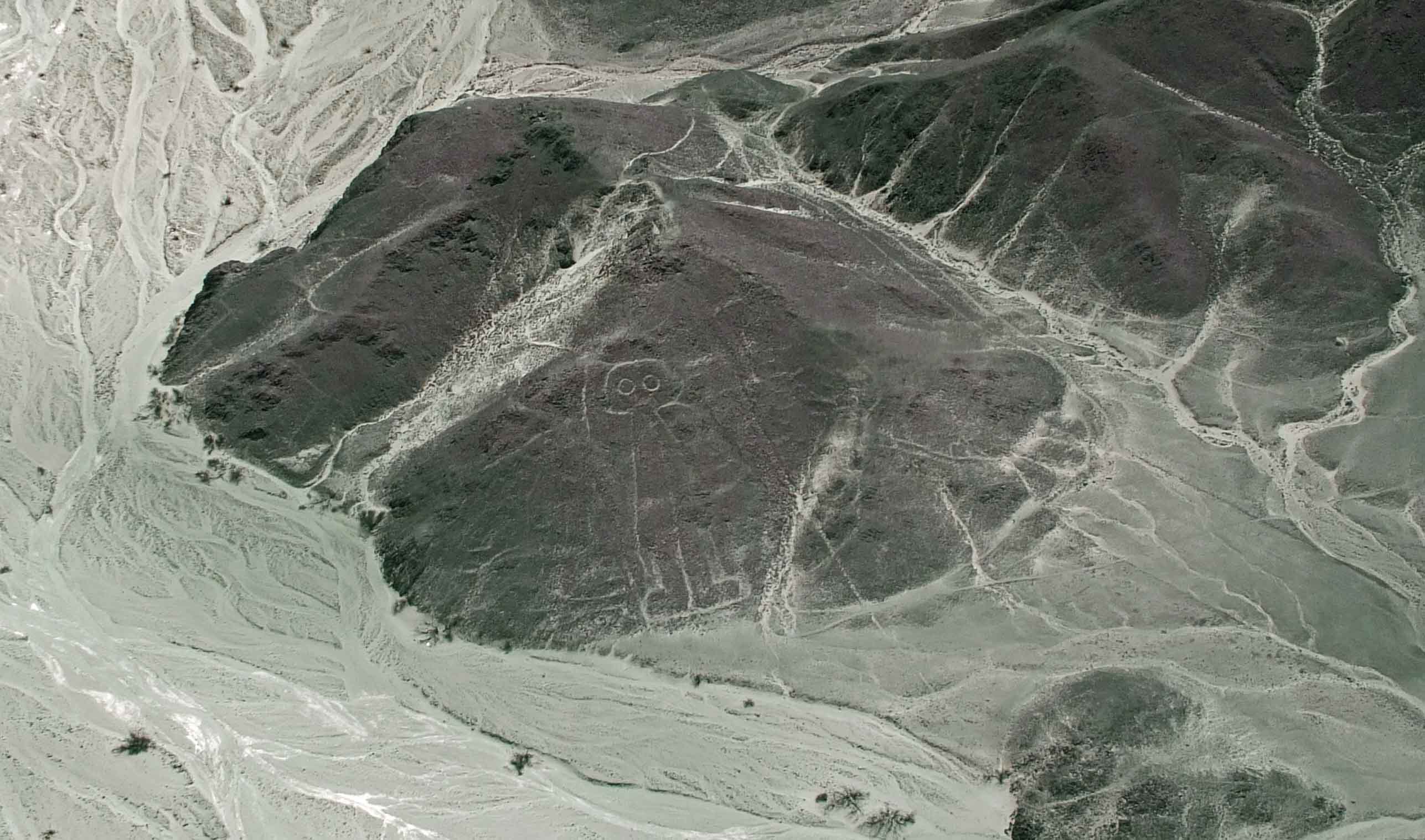 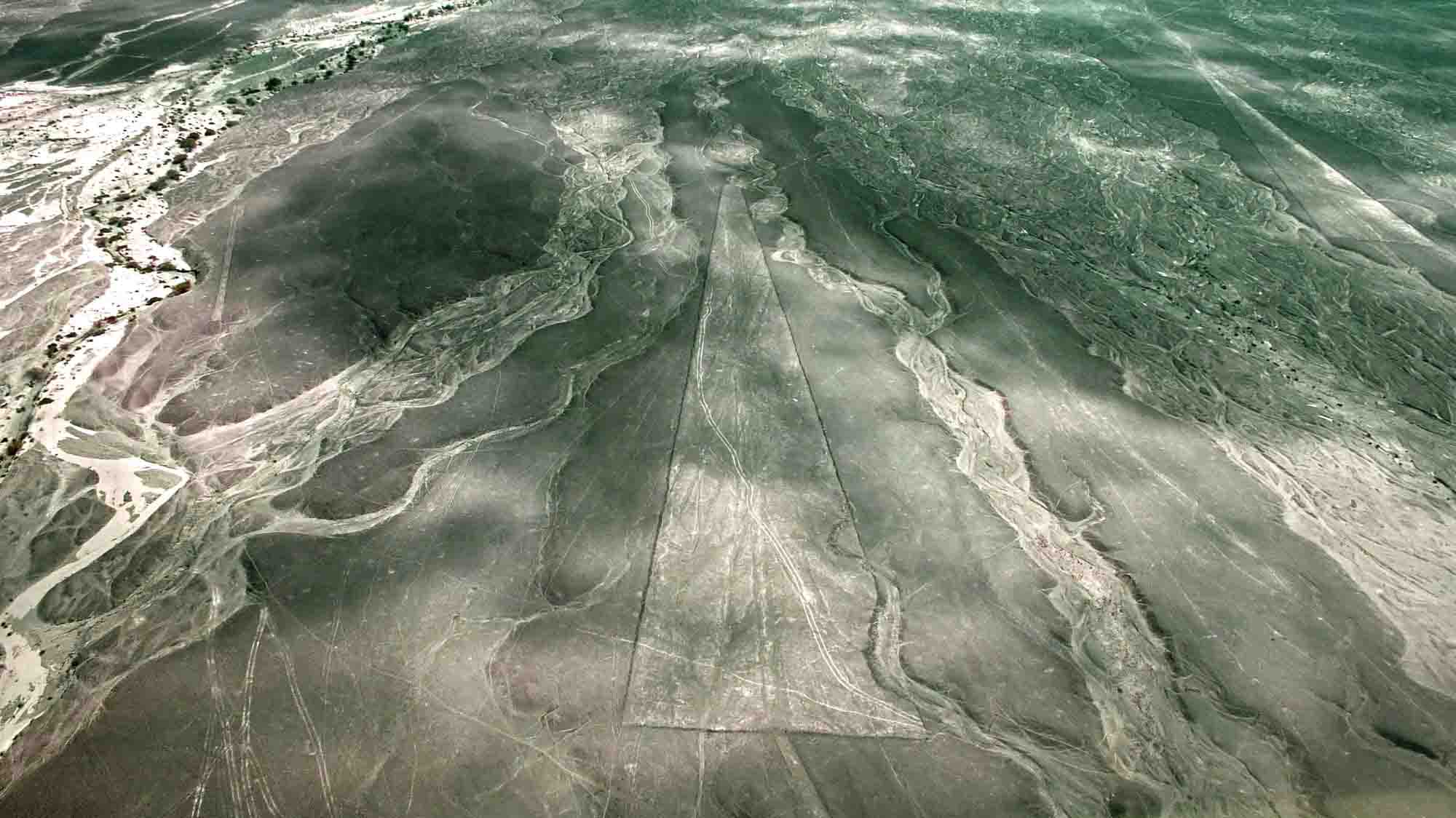 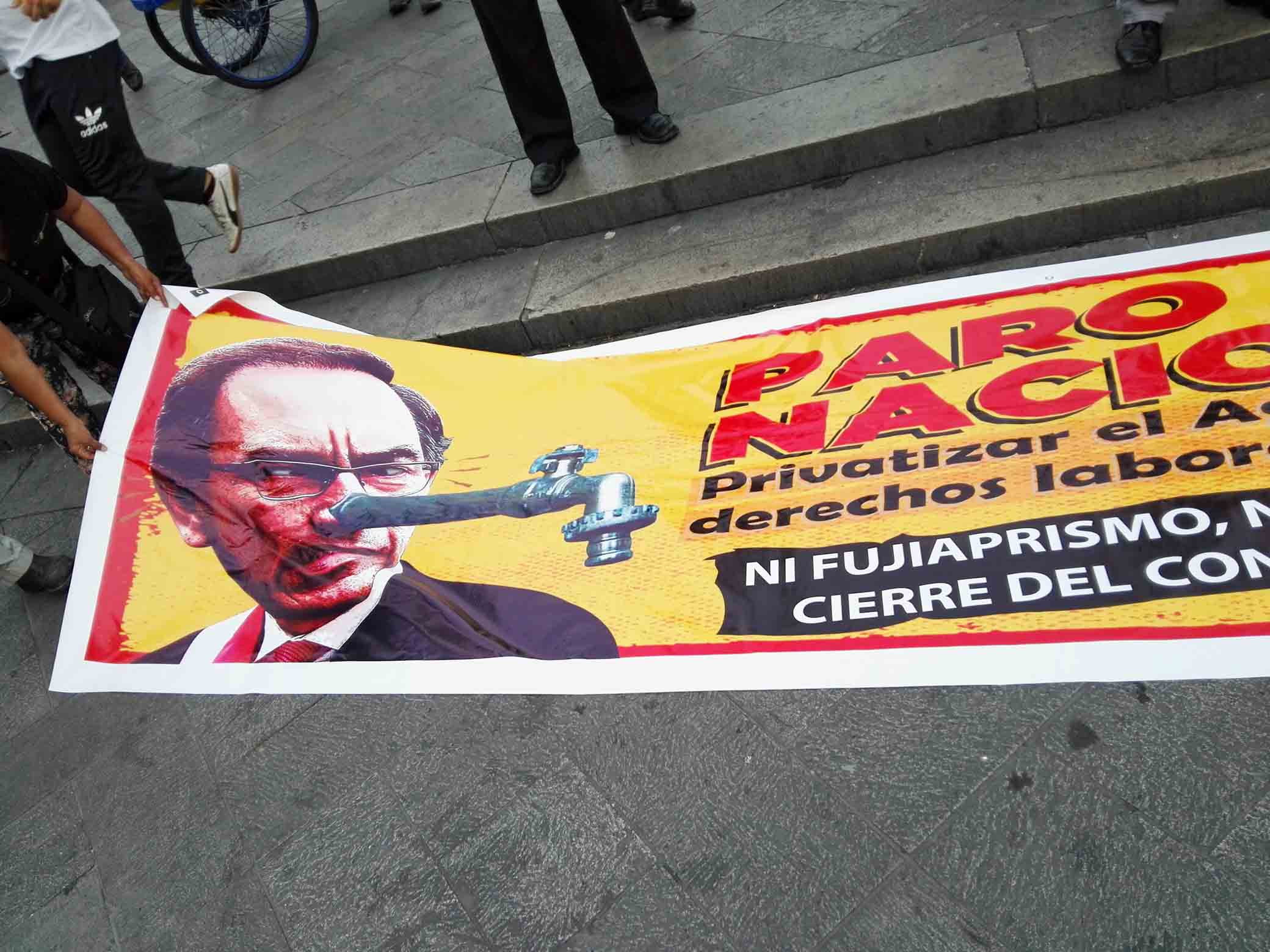 From Nasca I moved on further north to the capital of Peru, Lima.
Lima is a huge city. It's home to a lot of unhappy people, judging by the demonstrations going on nearly everyday. I booked into a hotel near the St. Martin Plaza. As it turns out, that is where most of the demonstrations start and end. Police seems to be constantly present.
When there is no demonstration, people get ready preparing the next one. But it's all quite peaceful, apparently. 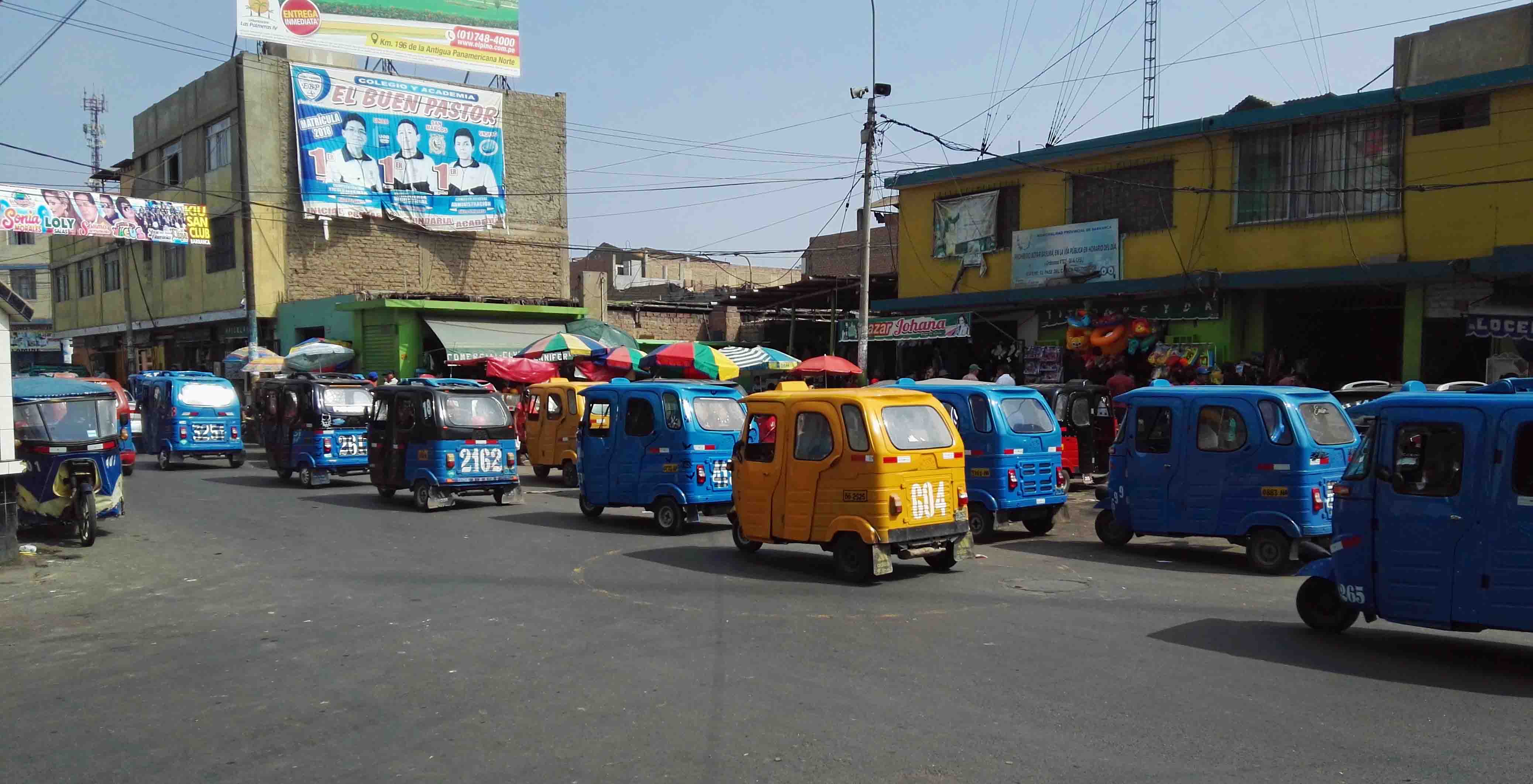 I find big cities boring.
So after a few days I carried on north. My next stop is Barranco, a 4 hour journey from Lima. It's still mostly desert. However, here are a few more green patches. People grow mostly sugarcane but I did see some small palm oil plantations.
One of the numerous 'taxis' (a cross between a motorbike and a tuktuk) takes me to Hospedaje Huarasi

and I make myself comfortable in a room overlooking the market. The hotel people recommended I should see a place called La Fortaleza de Paramonga and actually gave me a lift which was very kind. 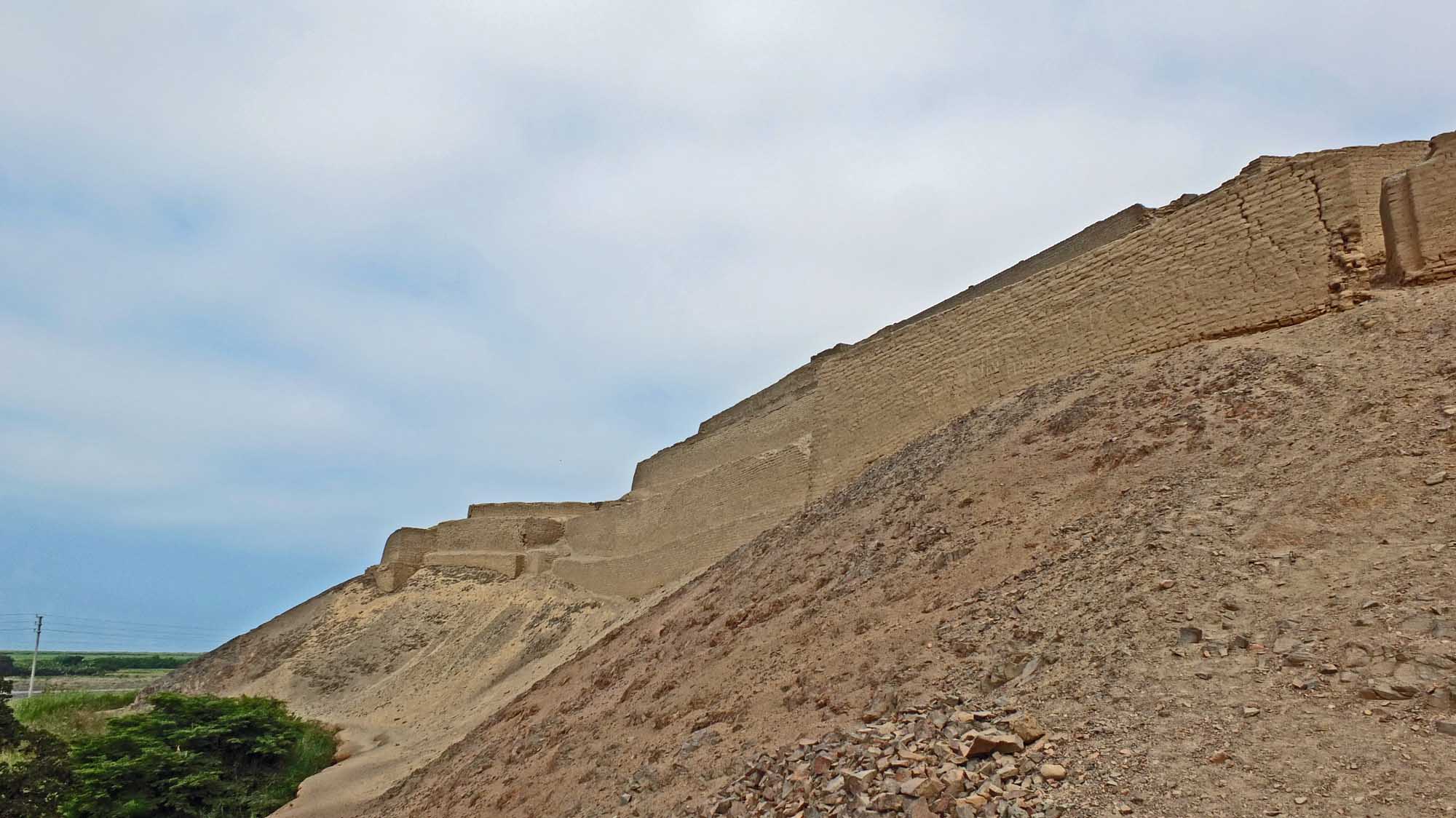 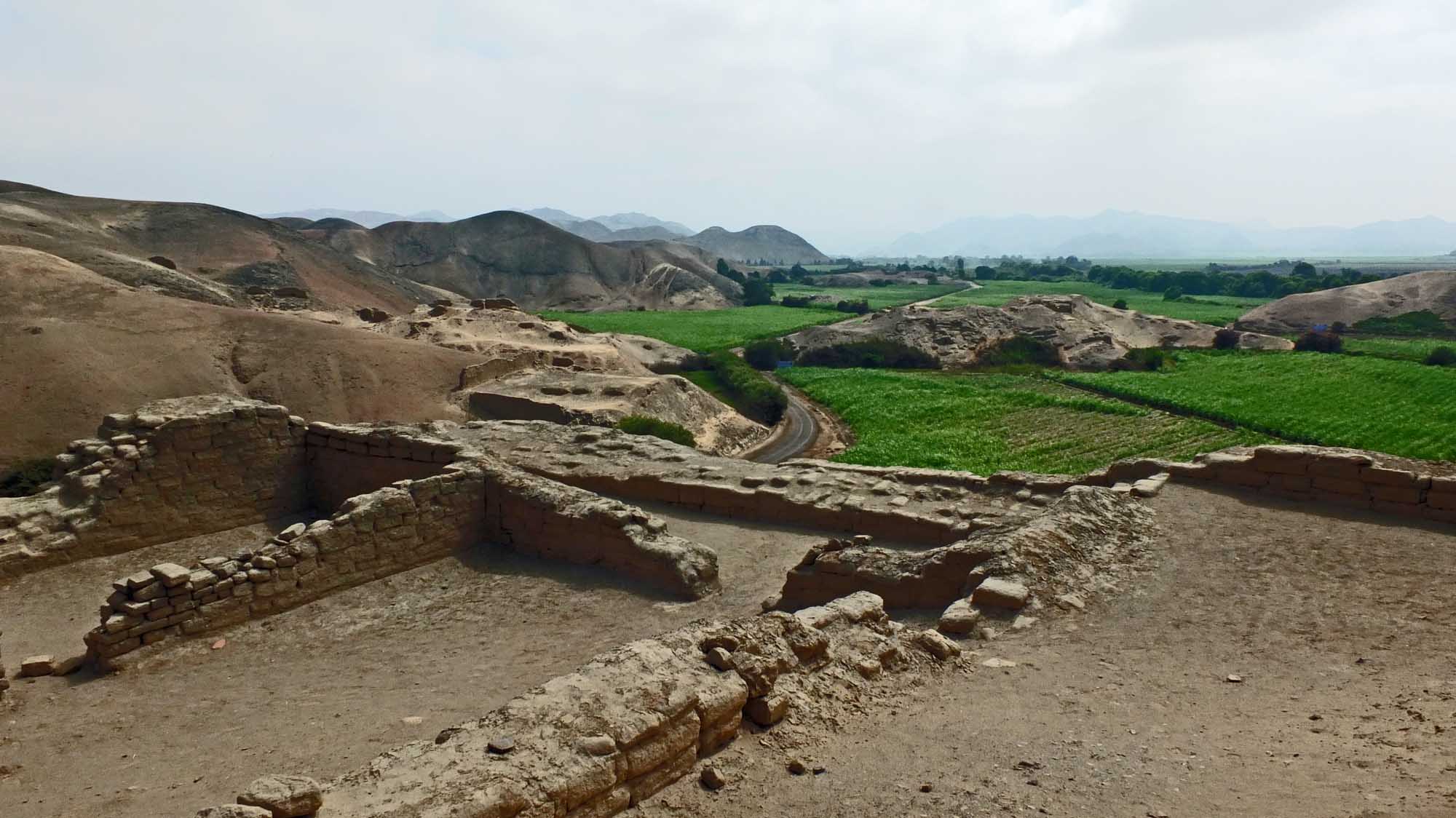 They also recommended I go and see a Place called Caral.
I'd never heard of this before but in Caral are the ruins of the oldest South American civilisation.
Here are some photos but one really needs a drone to get a good view. 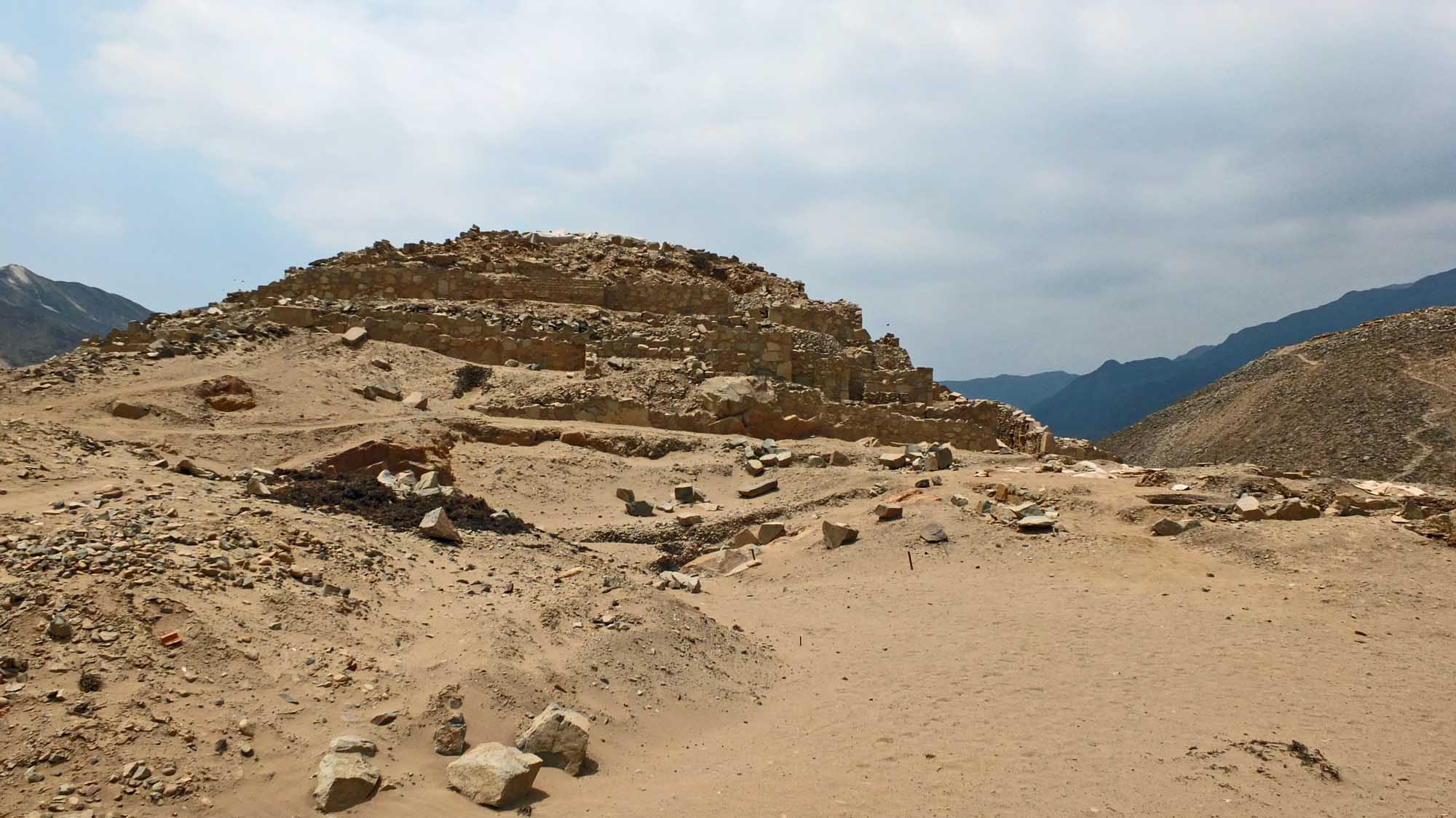 Lately there has been too much desert. I need a change.
Trujillo, a town further north, is supposed to be a beach town (according to the map)but that turned out to be, how shall I put it, not quite true as you can see below. 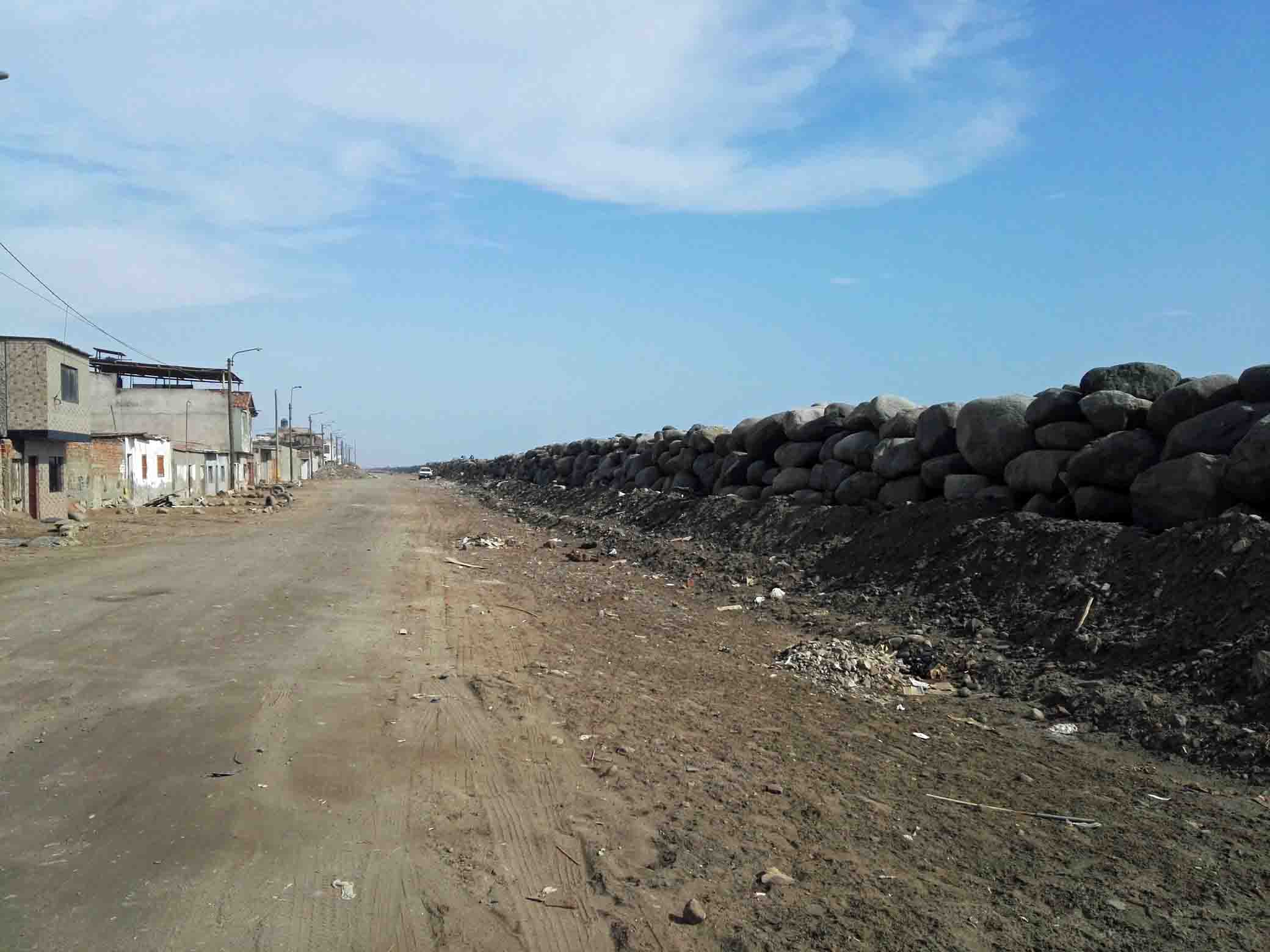 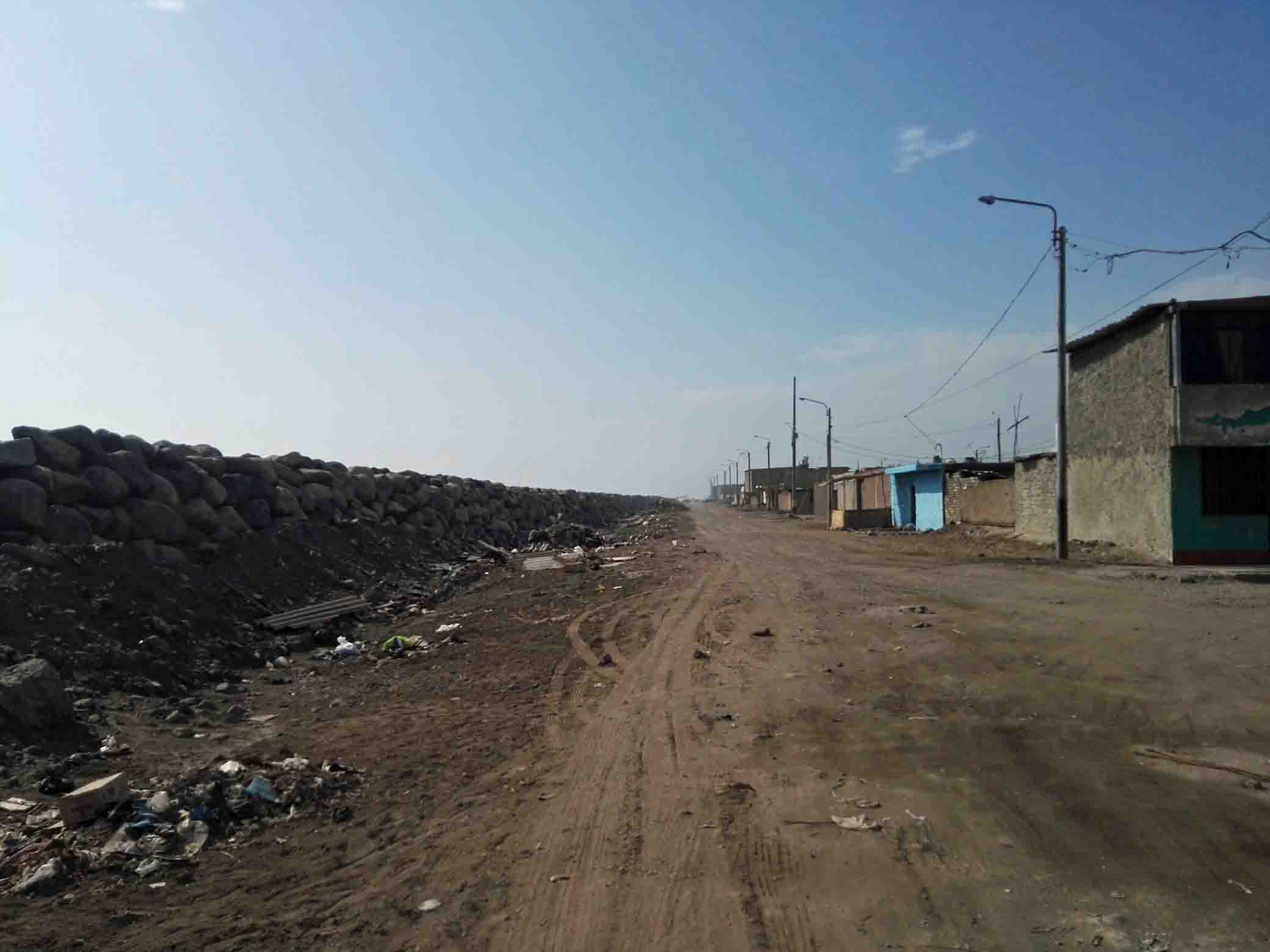 Since there is no beach I took a bus to Chiclayo. Still, no beach but the town was a bit more interesting.

There was a street salesman who offered a potion to clear up skin imperfections made of snail mucus, extracted from giant snails.
He had some live ones with him. 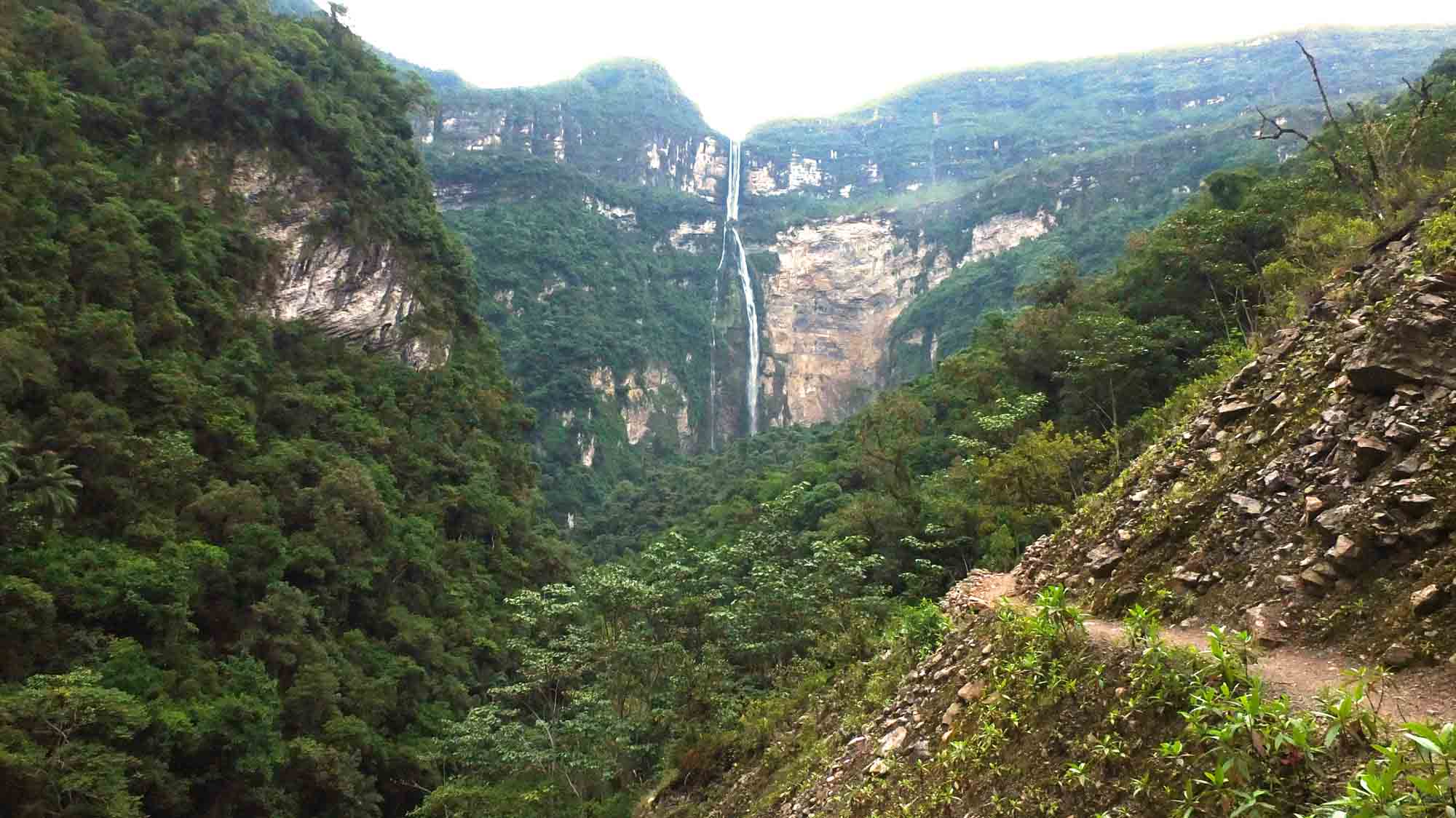 That's it! I need a change of scenery. So I went to Jaén which is in the mountains again. But not so high. Also, it's tropical again.

One of the main sites to see near Jaén is a waterfall. One of the highest in the world.
To get there one needs to take various colectivos or shared taxis i.e.: minivans and finally a motorbike taxi. But since it's warm here, they look like this and get shared, too. 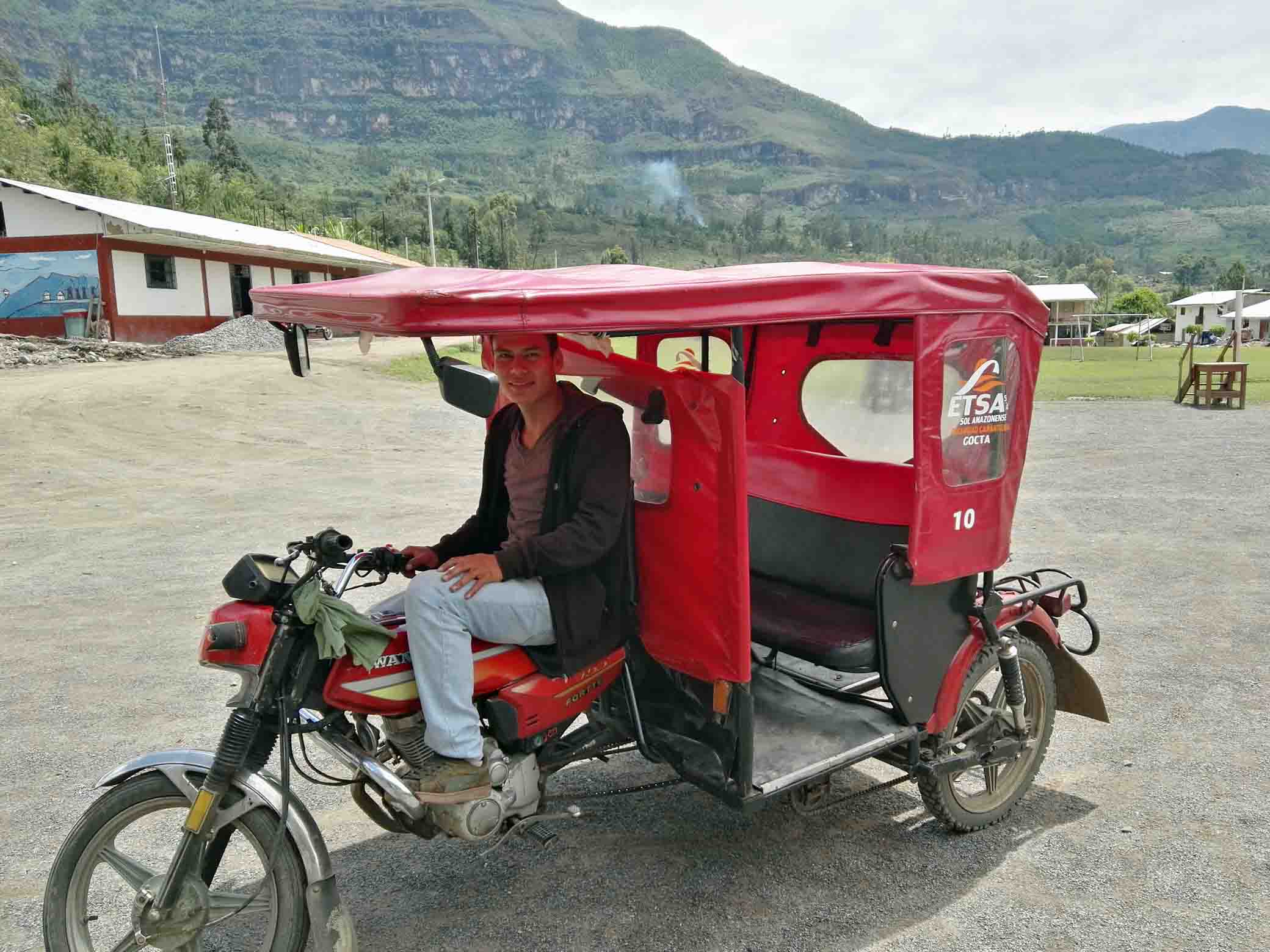 Then one is almost there. The falls can be seen from afar. Now it's only a few hours hike. But it's definitely worth it. Look at the tiny people by the lake. They give you a sense of proportion.