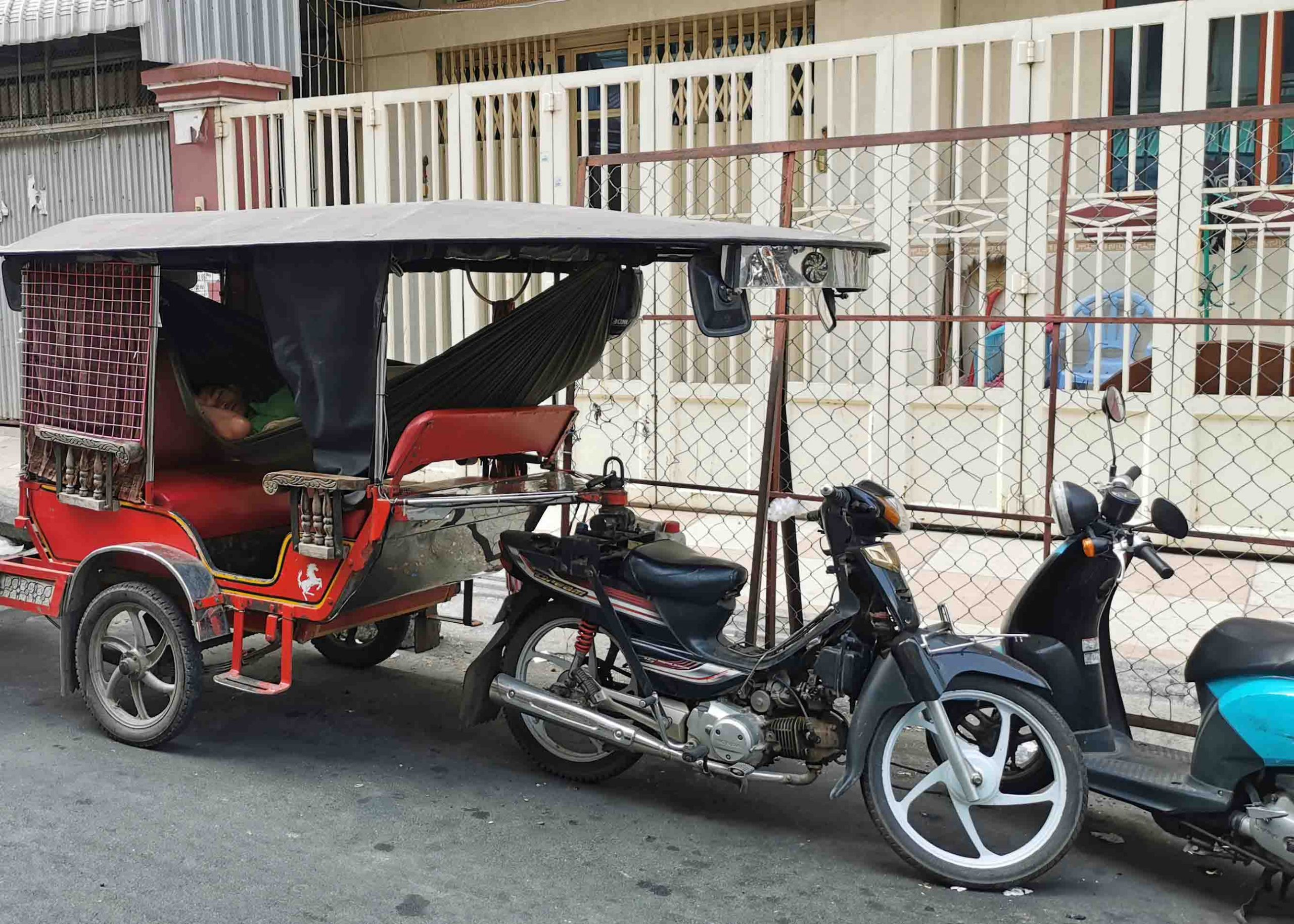 According to the Khmer Times there are 93 people in Cambodia infected with Covid-19, six people have been cured and nobody died, yet.
The government has stopped the river cruise ships coming up the MeKong river (from Vietnam) and most borders to the surrounding countries have been closed. A lock-down (in the capital) has not been ordered but the government is thinking about it.
This of course would pan out rather differently than say in Europe.
Look at the above Tuktuk driver for example. Currently he's asleep in his bedroom, just above the living room where he will have his breakfast later on. If someone hires him, he'll just move to his 'office' up front.
I don't think a citywide lock-down would change his life that much.
In some parts of the world drones are used to discipline people. Here, trucks drag speakers around the streets, educating people on how and when to wash their hands. Lot's of businesses have someone with what I call a forehead-thermometer checking people's temperature before allowing them to enter. If you believe those things I must be close to rigor mortis because the displayed results for me are between 34 to 35 degrees Celsius