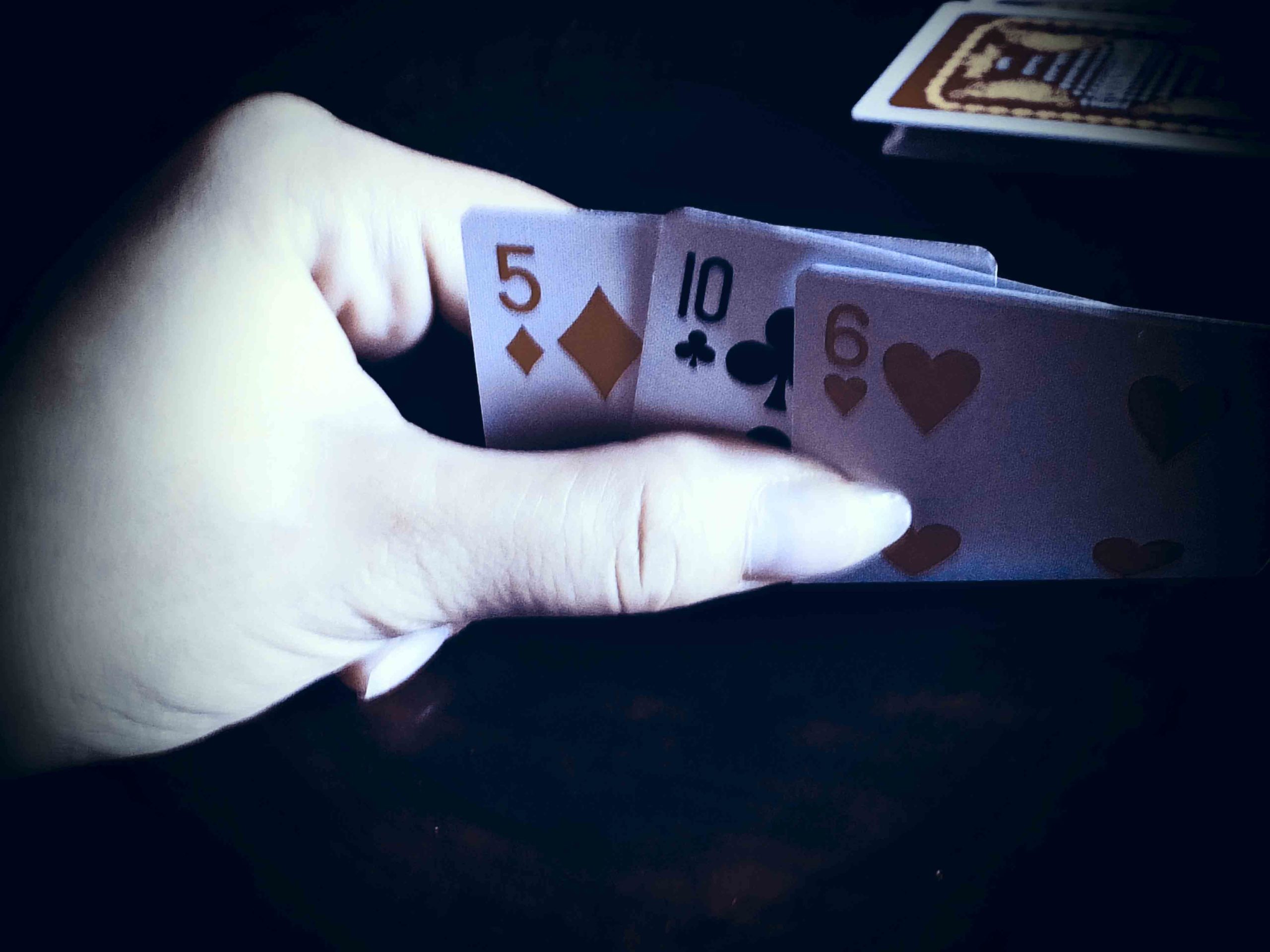 It was about 10 o'clock in the morning and I was wandering through a shopping mall in Phnom Penh, Cambodia. The malls are air-conditioned and give you a bit of a breather from the hot climate outside but due to Corona, one's temperature is checked before entering and of course you have to wear a mask.
So I am walking around, looking at people and shops when a man sitting on a bench, fiddling with his phone says, “Hello!” He smiles and says in a manner of greeting, “How are you?”

It's not uncommon for people to greet perfect strangers. It's an Asian thing.
He then proceeds to ask, “are you a teacher?” I laugh and reply, “yes, if the schools were open. But as you probably know all schools have been closed due to the virus.”
“Oh yeah, the virus!” he replies, “but please sit down.”
Another Asian thing: don't talk down to people, your eyes should be level.
So I sit down next to him and he tells me, the hotel he's working in only has a few customers left now, “….some wealthy people and they would like someone to teach their kids English,” he explained, “but it would only be a couple of hours at the weekend. How do you feel about that?”
“Since all schools are closed and I have nothing else to do, that would be fine,” I replied.
“They pay about 20 dollars an hour and it would be 2 hours on Saturday and 2 on Sunday. Is that ok?” He asks. “Yes, that'll be nice,” I confirm.
We keep talking for another 20 minutes or so about the Virus and how do I like Cambodia and did I teach anywhere else in the world etc. Eventually he asks me to meet him tomorrow at 11 am and he will introduce me to someone who organises everything for the rich people.
Class differences are huge in Asia and especially in Cambodia.
The next morning at 11am I'm standing at a corner, as agreed, a tuk-tuk stops next to me and the friendly man from the Mall smiles at me.
He did give me his name but I forgot. Let's call him Richard or Dick.
“Get in,” Dick says and hands me a bottle of water,

It is a common courtesy to give a guest water

...and off we go. We drive for about 10 minutes to get to his apartment where he introduces me to his sister and an older lady, holding a baby, allegedly his aunt, before leading me into the living room. We sit down and the aunt brings us coffee. “Yesterday you mentioned, you've taught in Spain ?” he asks.
“Yes, I've taught English in Spain and in Thailand,” I confirm. So he asks me about Spain and we have a pleasant conversation about living in different countries and experiencing different cultures.
Then he talks about the 'rich' people in his hotel again, in particular about a certain foreigner from an unidentified Muslim country who has a 14 year old girlfriend. He found that very disgusting!
He then compares his unlucky self, having a very sick wife and no money to a rich bastard who likes little girls and comes to the conclusion, life isn't fair. I have to agree of course.
Dick is very talkative now. He explains that the hotel he's working in is actually part of a Casino where, when it was open, he saw so much money every day...
Casinos are closed as well, courtesy of Covid-19.
...and how he would like to get his family to come to the casino and how he would make them win so he could pay for the operation his wife needs, but sadly, family members are not allowed to gamble. He suggests, “Maybe one day you can come to the casino with my sister and pretend she's your girlfriend. I will make sure you win a lot.”
I nod and smile politely.
Dick suddenly jumps up and says, “come! I want to show you something.”

Here could be your Ad!

He leads me into the next room and makes me sit on a bed and his sister joins me. She sits very close I can't help noticing.
He sets up a little table in front of us, opens a small metal attache case and takes out some chips and a deck of cards.

Dick smiles, “now I show you my work,” he says.
He takes the cards and starts to shuffle them in the most extraordinary fashion. Cards are everywhere but they all magically return to his hands. He shows me a Four of Hearts at the bottom of the stack, then cuts the deck repeatedly but the 4 somehow stays at the bottom. He dazzled me with a variety of incredible tricks before handing over the cards for me to shuffle.
I feel embarrassed as I try to merge half a deck with its other half. He smiles, “You haven't played much?”
“No, I am not a gambler,” I confirm.
He proceeds to explain to me the rules of Black Jack while revealing a few more croupier tricks by shuffling and repeatedly giving me the same Ace and King i.e., 21 or Black Jack.
Suddenly he talks about the paedophile again and how he lost 80 000 dollars the other day. “But he's so rich he doesn't care.”
The doorbell rings.
“My sister is now your girlfriend” he whispers while getting up.”...and you lost some money this morning,” and he's out of the room only to come back again a couple of minutes later accompanied by a stranger.
Dick introduces everybody and the newcomer says, “shall we have a little game?”
“Well, Mr. Tom already lost some money this morning but I will lend him some.” Dick replies, giving me 400 dollars in chips. A little baffled, I grunt, “thank you!”
“Ok” the stranger said, opens his bag and puts a giant wad of money on the table. “Here is 40000 dollars,” he said. “Please give me chips.”
In South East Asia, people like to flash their cash because what's the point of having money if nobody knows? But this amount's a little over the top.
Richard puts the cash in his attache case and hands out the equivalent in chips and we start gambling.
I win a couple of times and I lose a few games. Then there is 4000 dollar in the 'pot' but the game is a draw. Nobody wins! The stranger suggests to let it ride and we start a new game.
I take 3 cards which adds up to 21. The alleged paedophile takes 2 cards and says, “enough!”
He looks at his cards and then at his chips and says, “I am all in!” while pushing his chips to the middle of the table.
So far, I hadn't really been bothered and thought this was all a bit of harmless fun, but now I was confused. I pointed at the few chips in front of me and said, “I can't keep up with that.”
Dick is eager to help, “Don't worry, I'll be back in a minute” he says and storms out.
The strange man smiles at me and says, “you have a nice girlfriend.” I grin and, keeping up the instructed appearance, I reply, “thank you!”
“I like women a lot. I can't help myself, you know. The other day I bought my girlfriend a condo,” he brags. “Lucky her!” I confirm.
Dick comes back and drops 25000 dollar on the table. “My neighbour is a money lender,” he explains.
Money lenders are common in this part of the world. There are 3 basic types of lenders: the ones for the very, very poor, who lend you money to eat and pay the rent but beat you up if you can't pay back the loan; then there are the bank alternatives, private people who lend money in exchange for a deed of land to farmers and other middle class citizens; the third type lends money to gamblers and occasionally eliminates said gambler if he doesn't pay back his loan. Quite often the poor sod eliminates himself to spare his family dishonour.
So obviously I was getting a little worried. “What have you done?” I said to Richard, but he carried on counting the money before exclaiming, “I also have 5000 dollar saved. Here they are”. He opens a drawer and takes out another wad of money.
This wasn't a pretend game any more. I could feel my heart beat.
“You're still 10000 short,” Dick states. “Do you have this money in your hotel room?”
“No of course not!” - ”Maybe you have a credit card?”
Aha, I think, is that what this is all about? Are they trying to get my Credit card?
“No, I don't have one!” I claim. “...and I really must leave now.”
They look at me surprised as I walk out.
I don't know why but my 'girlfriend' comes with me as I jump on a motorbike taxi.

3 people on a motorbike is a normal occurrence. The most I've ever seen are 5 and a dog.

So she sits behind me as the driver navigates the lawless Phnom Penh traffic. As we approach 'my' street I ask the driver to stop and I get off. “So what happens now?” the girl asks. “Nothing! We've cancelled the game, I've cancelled the game and apparently, there is no job,” I reply.
“All right then, so you're not coming back?” I nod.
“Ok” she sighs. “Good bye.” and drives off, using the same taxi.

It took me 2 days to discover, my emergency 100 Euros (I always kept in a special pocket) had gone.